Goodrich first began in 1870 as B.F. Goodrich Company in Akron, Ohio, United States. In 1912, Goodrich bought and merged in the Diamond Match Company, establishing it as a subsidiary. Over the next twenty years, Goodrich expanded their market sectors, entering into two separate joint ventures with the Yokohama Rubber Company and Goodrich-Euzkadi. In the late 1940’s, Goodrich joined the aerospace market, manufacturing wheels and brakes for various aircraft. In the 1980’s through the 1990’s, Goodrich continued to expand their tire business with a joint venture with Uniroyal Inc., though later sold it to the Michelin Group in 1990. In the late 1990’s, Goodrich left the tire industry and focused on the aerospace and chemical markets, acquiring businesses and moving to Charlotte, North Carolina. As they expanded into chemicals, the company renamed themselves Goodrich Corporation and expanded internationally. In 2012, Goodrich was acquired by United Technologies and was merged with Hamilton Sundstrand to create UTC Aerospace Systems. In 2018, United Technologies acquired Rockwell Collins and merged it with UTC Aerospace Systems to create Collins Aerospace, which it remains as today.

Goodrich has partnered with Uniroyal Inc., Yokohama Cable Manufacturing, and others during their company history. Goodrich Corporation itself is also a subsidiary of its parent company, Collins Aerospace. 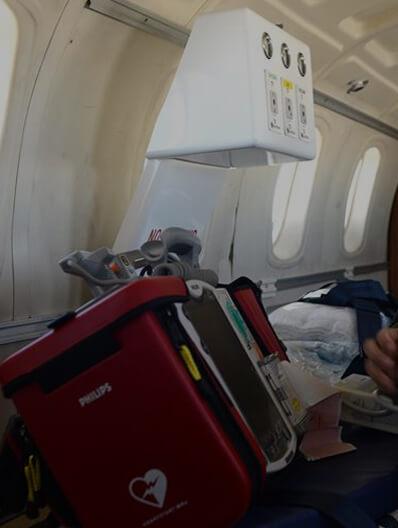